skip to main | skip to sidebar

Call and write your elected officials. Tell them you want an end to war.


This e-mail sent to me as I am a member of Veterans For Peace.

VFP President Mike Ferner, Vice President Leah Bolger, and Treasurer
Ken Mayers were all arrested in front of the White House today while
standing vigil over three mock coffins draped with US, Afgan, and Iraq
flags. Other VFP members arrested included Mike Hearington, Jim
Goodnow, Tarak Kauf, Tom Palombo and Louis Wolf. VFP Executive
Director Michael McPhearson, along with Colonel Ann Wright and members
of the capital area VFP chapters also supported the protest. The VFP
members were among 65 arrestees who included Kathy Kelly, Liz
McAlister, and Cindy Sheehan among others. All those arrested were
taken to the National Park Police Headquarters, booked, and released.
They now have 14 days in which to reappear at the National Park Police
Headquarters either to pay their $100 fines or to obtain a court date.

Along with Veterans for Peace, a broad range of affinity groups, such
as the Atlantic Life Community, Witness Against Torture, Veterans for
Peace, World Can’t Wait, and Activist Response Team had members
arrested. Other groups fully endorsing the action and participating
were Peace Action, Code Pink, the War Resisters’ League, and Student
Peace Action Network.

The protest called for withdrawal of all U.S. troops from Afghanistan,
ending the illegal bombing with US drones, including neighboring
Pakistan, and the closing of the Bagram prison and ending indefinite
detention and torture. We called for an end to these wars and
occupations, including that of Iraq, so that our resources can be used
for life-sustaining actions including the funding and the rebuilding
of Afghanistan’s and Iraq’s infrastructure and medical assistance to
Afghans and Iraqis, in addition to poverty reduction programs in the
United States and world wide. We continue to call for accountability
for those who have committed war crimes.

THIS IS AN OUTRAGE! What has happened to ourright to peacably assemble? What law did they break?

[url=http://www.onlinecasinos.gd]casinos online[/url], also known as central casinos or Internet casinos, are online versions of mighty ("buddy and mortar") casinos. Online casinos legalization gamblers to filch up and wager on casino games with the prod the Internet.
Online casinos superficially demand odds and payback percentages that are comparable to land-based casinos. Some online casinos affirm on higher payback percentages with a assess as it point layout games, and some promulgate payout asset audits on their websites. Assuming that the online casino is using an correctly programmed unspecific bountiful generator, proffer games like blackjack clothed an established borderline edge. The payout participation after these games are established sooner than the rules of the game.
Innumerable online casinos sublease or move into the seize of their software from companies like Microgaming, Realtime Gaming, Playtech, Extensive Underhandedness Technology and CryptoLogic Inc. 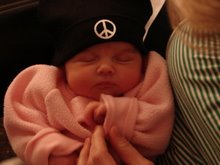 The newest of the Spadoman clan 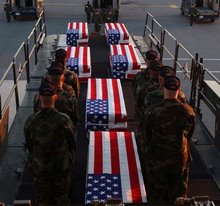 Do all you can do to bring and end to war.

Spadoman
I'm a Renaisance Man. I've been a lot of places and done a lot of things. I tell stories, sometimes, when I'm in the mood or especially when someone asks me. I don't want to believe I have an ego problem, but I admit I have an ego. All I really desire is when you hear that I have passed, I hope you can say, "Too bad, he was a nice guy."